Skip to content
Day 1 was a trippin’ day that is to say we were trying to get on a couple of tours. It’s quite hot here at present up around the 33deg mark. The Kalgoorlie tour which takes in most of the sites of the place and the Super Pit mine tour. We lost out on both so we did our own thing. After coffee (rating – very good) at the coffee club then back to van for lunch we headed out the Perth/Coolgardie road to the Hannan’s North tourist mine. The mine has a collection of old buildings, equipment and artefacts from around the Kalgoorlie goldfields area. It has quite a large diverse variety of bits and pieces including old mine buildings and a complete engine room transport into the site and re-erected.

The display also includes 2 large “tonka” toys – a CAT 793C dump truck and a CAT 994 loader. These are HUGE and expensive pieces of equipment and it was great to be able to look up close at them. There is also a complete Chinese garden which has been developed in memory of all who have chased their fortunes in the gold fields.

We also tried our hand at gold panning – not all that successful. From Hannan’s we headed up to the water tower look out which afforded great views across Kalgoorlie – Boulder. Next stop was the Super Pit viewing site.

This is a huge site, the largest open cut in Australia. One in seven trucks has a payload of gold and will yield a golf ball size lump of gold. Small problem with our van today we burnt out the water pump so we will try to replace before we leave for Hyden and Wave rock.
Day 2 and the sun is shining but the outlook isn’t good with a storm cell heading our way. Never deterred we head out for a spot of shopping to replenish the larder and coffee (muffin break) rating good. We found a pump for the van so looks like that will be a job for this afternoon. We discovered that there was a caravan and camping show on at the showgrounds so we went there first. I think we have found our next van but no pump. Undeterred we headed back into town and the WA Museum site. This was another fantastic site with exhibitions centred on gold in Kalgoorlie. The exhibit has the narrowest 2 story hotel in Australia (3.2 meters wide) plus a number of banners from the turn of the century trade union movement and a vault containing many nuggets and gold items. From there lunch and back to the van. We had intended to visit the RFDS but the tours didn’t run Sat and Sun – Bugger, the information centre didn’t tell us that. Got the new pump in just as the heavens opened up and it hasn’t stopped raining for the last couple of hours. Tonight’s our last night off (maybe) to Hyden tomorrow. Big thanks to Gaz for fitting the pump and Laura for the massages on my back I have been in serious pain since we left home. 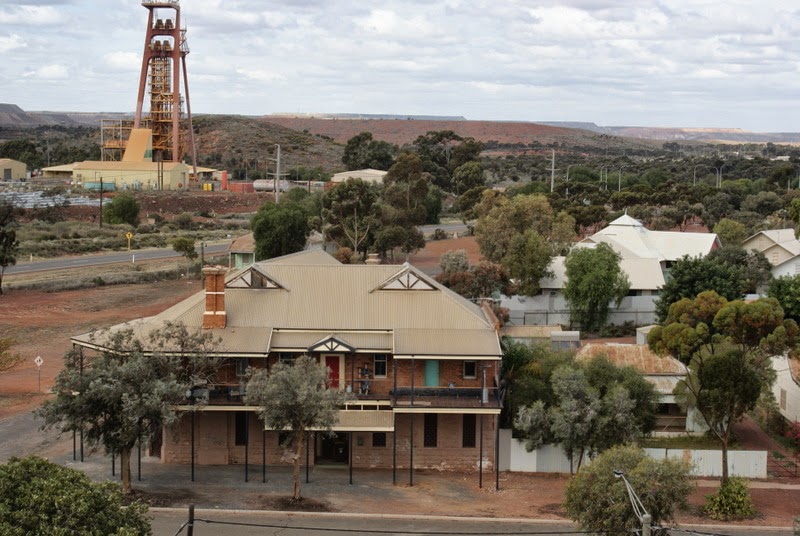