Skip to content
We left the palatial  surrounds of Nundroo and continued west today we have decide to scale back the amount of Km’s and do a bit of site seeing along the Great Australian Bight and decided Eucla would be our target, instead of Cocklebidy which meant we have added another day to cross the Nullarbor to  Kalgoorlie. First stop was The Head of the Bight what an amazing place, there is a visitors centre and for $15.00 you could take the walk down the board walk to the Bunda cliffs. First thing on arrival the car park looked like a used caravan lot with rigs of all shapes, sizes and ages and the inhabitants of said ‘vans were just as eclectic. We handed over our $15.00 to the out of work “comedian” behind the counter and headed off. There is a sign at the entrance on the Eyre Hwy which indicates how many whales have been seen on any given day. The comedian doesn’t fill it in, had too many complaints that the count is wrong – go figure. We, however, weren’t too concerned we had come to see the cliffs and any whale sightings would be a bonus. And what a bonus we got there had to be around 20 odd whales and calf’s stretching as far as we could see and they frolicked in shore. 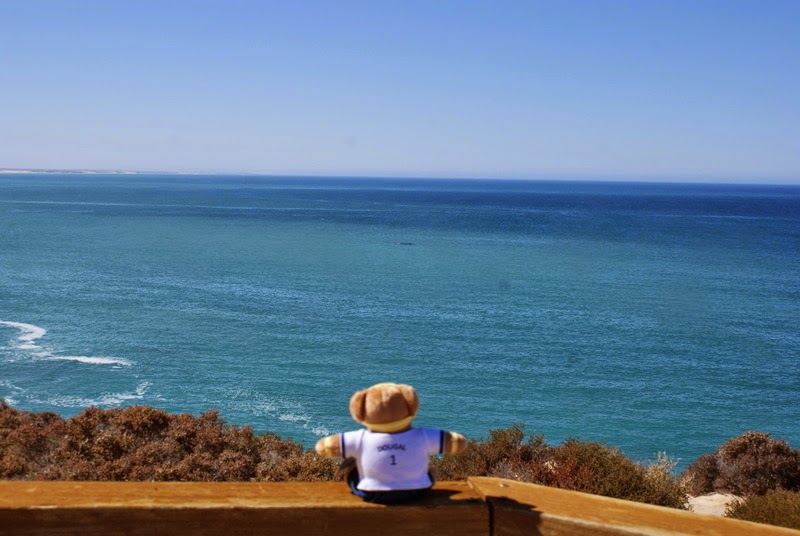 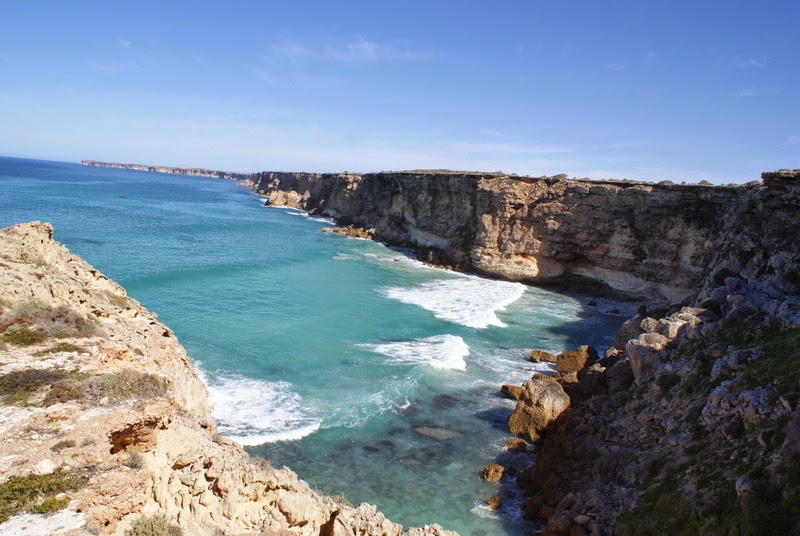 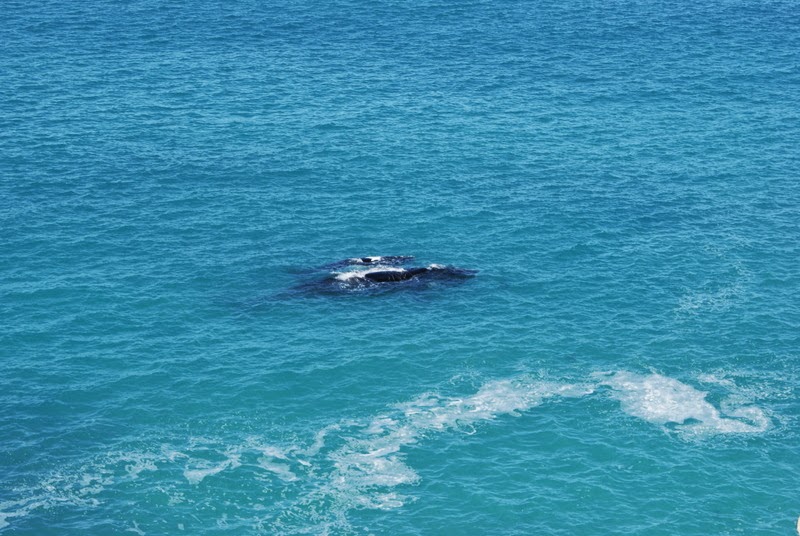 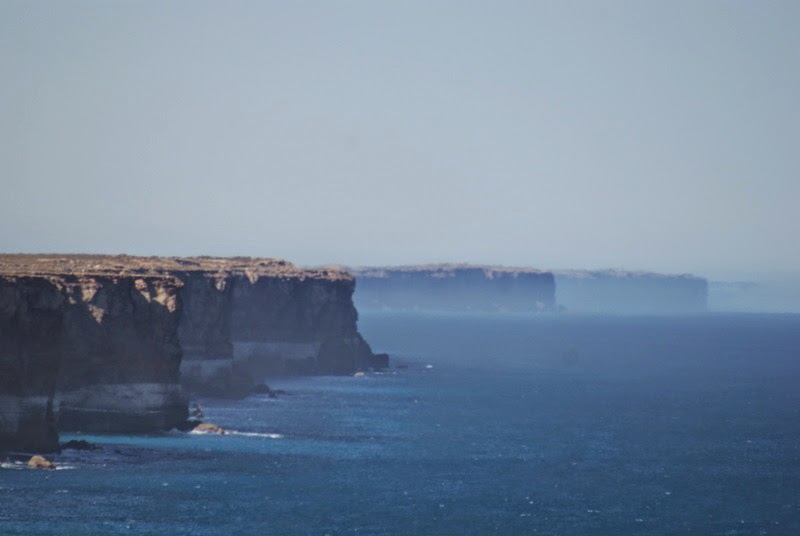 What an amazing sight and a privilege to have the opportunity. We spent a lot of time just walking the board walks and watching the whales. It did, unfortunately, have to end for us but some people were obviously there for an extended period with deck chairs, substance and multiple cameras etc. Looked like they were not going too far for the day and the main vantage points were at a premium.
From The Head of the Bight we continued along the Eyre Hwy and stopped off at a couple of different lookouts, each uniquely different and providing a different perspective on this icon. None of the lookouts were too far from the main road so the short bit of rough stuff was bearable.
The roads and the traffic thus far have been pretty good, although the first encounter with a road train passing you or you passing it tends to make you tighten the grip on the wheel.
We rolled into Eucla, after being examined in every orifice by border security, about 3ish for another well-earned rest. The border crossing was made even more interesting as the variety club bash cars were here. We had a “dog” try to “eat” Gaz’s car because he had an iron deficiency and the police were on hand in suspender belts and miniskirts to make sure it didn’t get out of hand. They stayed in the same park as us overnight and were pretty tame. Found out later most were not drinking because they had contracted a virus and were on antibiotics. Tomorrow is another day of driving. No coffee ratings today no where to get a decent one although we sort of had one at the visitors centre but we couldn’t classify it.