Skip to content
We headed off at a reasonable hour today for Ravensthorpe. Our primary purpose for stopping at Ravensthorpe was to go to wave rock. Ravensthorpe is the closest town along our southernmost route back to wave rock and will be a 400km round trip tomorrow. We arrived at Ravensthorpe around 1pm and went to the caravan park to book in. This is whole other story for another time but would be best described as interesting. The owner needs a personality transplant and required a lot of effort on my part to remain calm. Lots of hommmmms. We went for a tour of the town during the afternoon which proved interesting. There were a group of veteran and vintage cars on display, a wild flower exhibition and a quilter’s fair all of which consumed our afternoon. 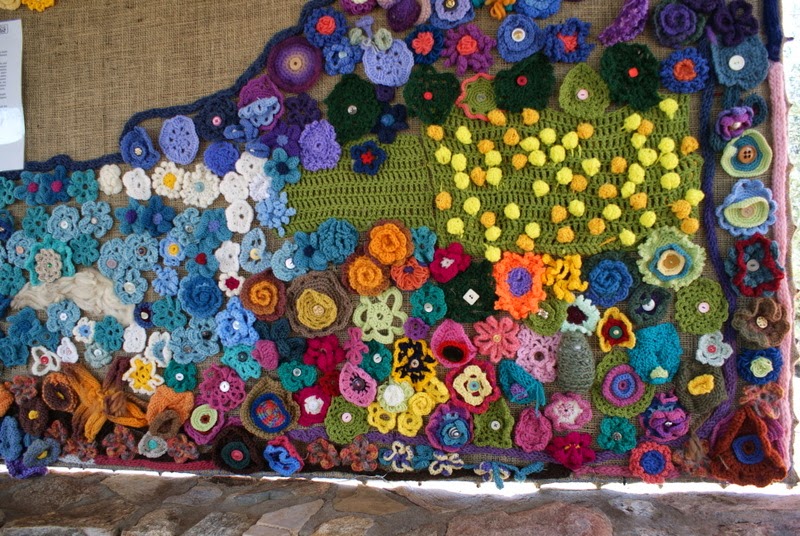 We could have attended the gala that evening but we forgot to pack our evening wear. At the quilters fair we also had to sample the Devonshire teas (scones with jam and fresh cream).  The quilters had some really nice displays on sale and from a male point of view seemed reasonably priced. Entry into the wildflowers was $4and your entry ticket was a crocheted or knitted flower, novel and different. By all accounts the girls enjoyed it. We missed most of the cars as they had started to pack up when we arrived. 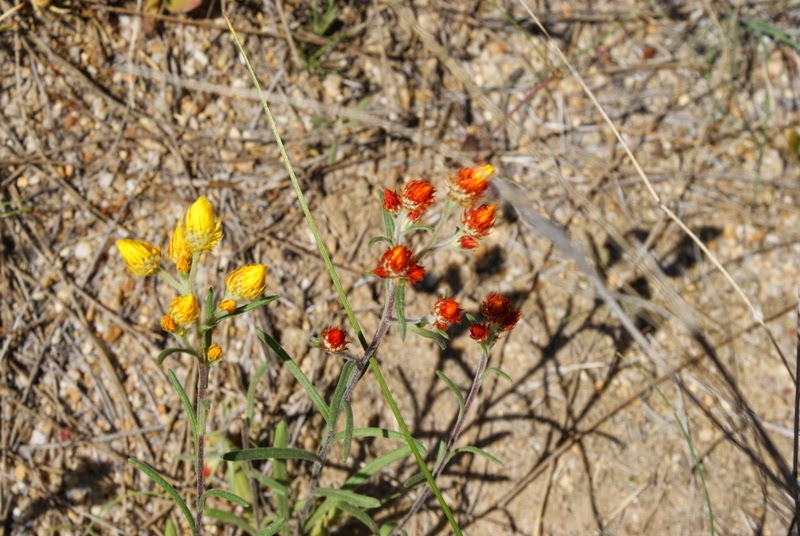 The sun rose next day with the promise of hot weather and it ended up reaching 32 deg. We have had a bit of ordinary weather on this trip and today proved no exception for with the temp came winds and not just those little huff and puff ones I mean gale force. The wind was that strong it was pushing the car all over the road. On the return trip we dodged debris, fallen limbs and trees, dust storms and stumpy tailed lizards. Both Hyden (wave rock) and Ravensthorpe lost power with limbs over power lines. We were hoping all this trouble was worth it. We had intended to visit wave rock on our leg from Kalgoorlie to Freo but the weather got in the way then. As it turned out it was well worth the effort and even the wind, which was ferocious on top of the rock, didn’t dampen our spirits. It is an incredible formation and even more incredible it only became a tourist attraction in 1964! Add to that the wild flowers, including orchids, and well it was very successful. Thanks to Gaz an Shaz for chauffeuring us.