Skip to content
September 17, 2014 admin
Today we have woken to a nice day and our tour today was down the western side of the King George Sound to West Cape Howe National park. There are a number of natural features here which are interesting and spectacular. First was a walking trail down to Dunsky’s Beach which is a bit of rugged coastline on the way out to “The Gap”.

A short walk from the car park takes you down onto the rocks and had some great views back along the coast. On our return we had the first of three encounters with Di’s nemesis the snake. On the last set of steps at the top landing there was a Crowned Snake these little fellows grow to about 30 to 35 cm long and are “mildly venomous”. Di managed to step over it and didn’t see it and was “not happy Jan” when I pointed it out.

Not to worry probably won’t see any more (oh how I was to eat these words). Next stop was a few km’s further on and was called the bridge and is a similar formation to the London bridge at the 12 apostles. There was a bit of swell running and the water wasn’t quite as spectacular as it could have been. None the less it was well worth the effort. A little further on the same walking track is the gap and even with the relatively small swell running this was spectacular. The waves entering this small, narrow cleft in the rocks produced some explosive wave action. Back in the car and a few more kms were the blow holes. This was by far the longest and hardest walk of the day with a steep decline to negotiate and steps and the blow holes were not performing today as the swell wasn’t quite large enough. That said the noise coming from the blow holes was like the earth breathing. Gaz and I ventured down to the outlet in the rock face and nearly got blown of our feet with the air movements. The actual holes in the crevice would be no more than a meter square and the air comes out in a rush. I can only imaging the effect if the swells were larger and the holes were spouting water.

Our return journey up the walk way was not without excitement. We came across not 1 but 2 snakes about 500 mtrs apart. They are known as Barbick snakes over here and like our other friend only grow to about 30 to 35cm long and are also “mildly venomous”.  Those of you who know Di know how she loves snakes and, well this sort of didn’t help her be at one with nature any time soon. I found them quite interesting and felt a little important as I became the “sacrificial lamb” to shepherd Di around the little fellows. 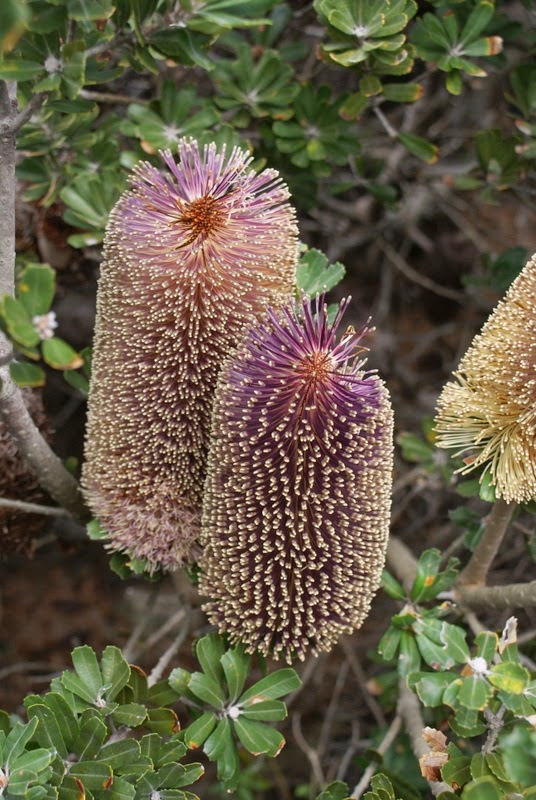 It seemed lunch was now in order so we took ourselves and our picnic lunch off to the Discovery Bay Centre and had a late lunch on the beach.  Munchies completed we headed back towards Albany and the wind power observation area. Albany has a wind generation set up and this is about as close as I’ve ever seen anyone get to these things. At the closest point we were literally almost directly under the spinning blades. There are 12 in the farm and they generate a significant portion of Albany’s power requirements. Next stop was Limeburners Distillery and the thought of a single malt whiskey, alas it was not to be at more than $300  a 750 ml bottle there are more pressing things to buy, the coffee there however was more than acceptable. A fitting end to the day.